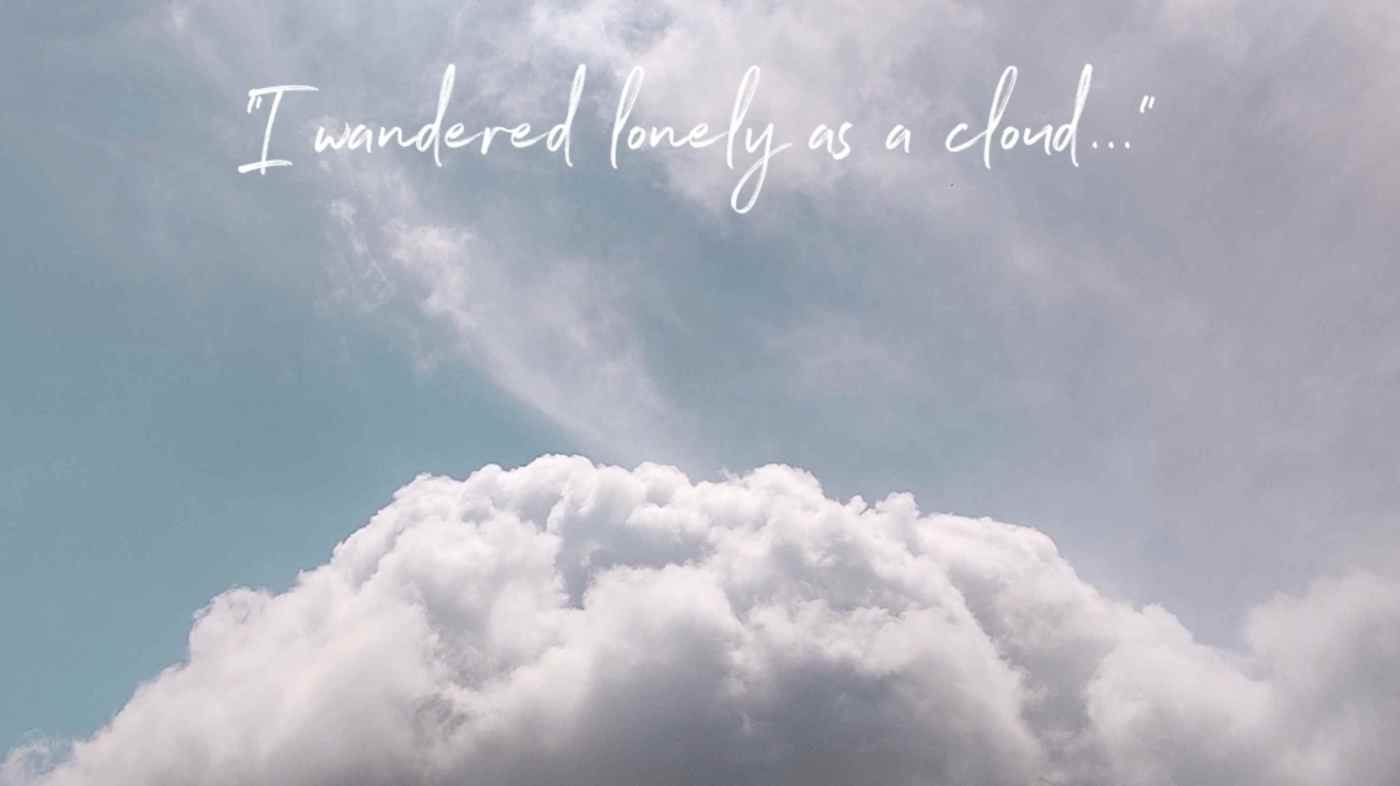 A few days ago, I posted a photo on my Instagram page and I captioned it after Wordsworth’s ‘I Wandered Lonely As A Cloud’. I guess it was just the image: a single cloud passing by, and I couldn’t help but associate the image to Wordsworth’s poem. As soon as all of it just hit me at once, I began to wonder whether Wordsworth really knew that his words would be associated with wandering clouds over the hills, and a bunch of other cottagecore elements, over 200 years after he wrote the poem.

I guess the biggest fear for a poet is to never be given a voice. It’s being forgotten or fading away like some memory that nobody ever bothers to reminisce. I wonder if Wordsworth knew that his words would live on in the idea and the very picture of peace that people would paint for themselves. As a poet and as a writer, I know a thing or two about this kind of fear. I know what it feels like to be forgotten and faded into nothing in a person’s memory; it’s the worst possible thing that you could ever imagine happening to anyone. I think about the pain that comes from being a part of someone’s memory and watching yourself fade out of existence in their lives, one day at a time. And I very much doubt Wordsworth knew that his words would live on.

What is my point, you ask?

Well, my point is that nobody ever knows whether the traces of themselves they leave behind in this world are going to be immortalized or faded over time. Perhaps we would have never had a poem to think about every time we looked up at the clouds if Wordsworth’s fear of failure and fear of being forgotten had held him back from putting his work out there into the world. Clearly, it was driven by his passion for the spontaneous overflow of powerful feelings.

It makes me wonder why so many of us hold ourselves back when there are people out there being confident about things that are, dare I say, mediocre. It pains me to think of all the lost potential and all the works that have never seen the light of the day because so many of us were afraid that we weren’t good enough for it. Of course, die-hard critics are often harsh with their words and it can dampen whatever little hope had been blooming in your chest about your works actually being good enough, but that doesn’t mean you don’t stand a chance to do better.

We could be waiting a really long time for the world to be perfect. We have no way of knowing whether we have made a mark on somebody’s life. When it comes to being a significant part of someone’s life, time really means nothing; the impact you leave on their lives means everything. The fear of failure and the fear of being forgotten by the ones who matter the most to us are very frightening indeed. But if we keep letting our fears hold us back from everything that we know we are capable of, maybe whatever shot we had of leaving our traces behind in this world is lost too.

And I couldn’t think of anything sadder than wallowing in our own worst existential fears with no way out. Maybe all we need to do is to take that shot sometimes.

Featured Image By Yours Truly.